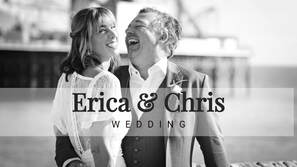 Brighton is a fantastic backdrop for a wedding so when Erica and Chris approached me for their big day I knew there would be ample opportunities to incorporate the unique features of the city into the photographs.

The ceremony was held at the Registry Office , in the Regency Rooms, (tastefully decorated with heritage colours, antique furniture and crystal chandeliers), round the corner from the Lanes.
After the ceremony, it was a joy to photograph the entire wedding party as the meandered through the lanes, past the quirky shops, all the way to the seafront where the reception was being held at Brighton Music Hall. 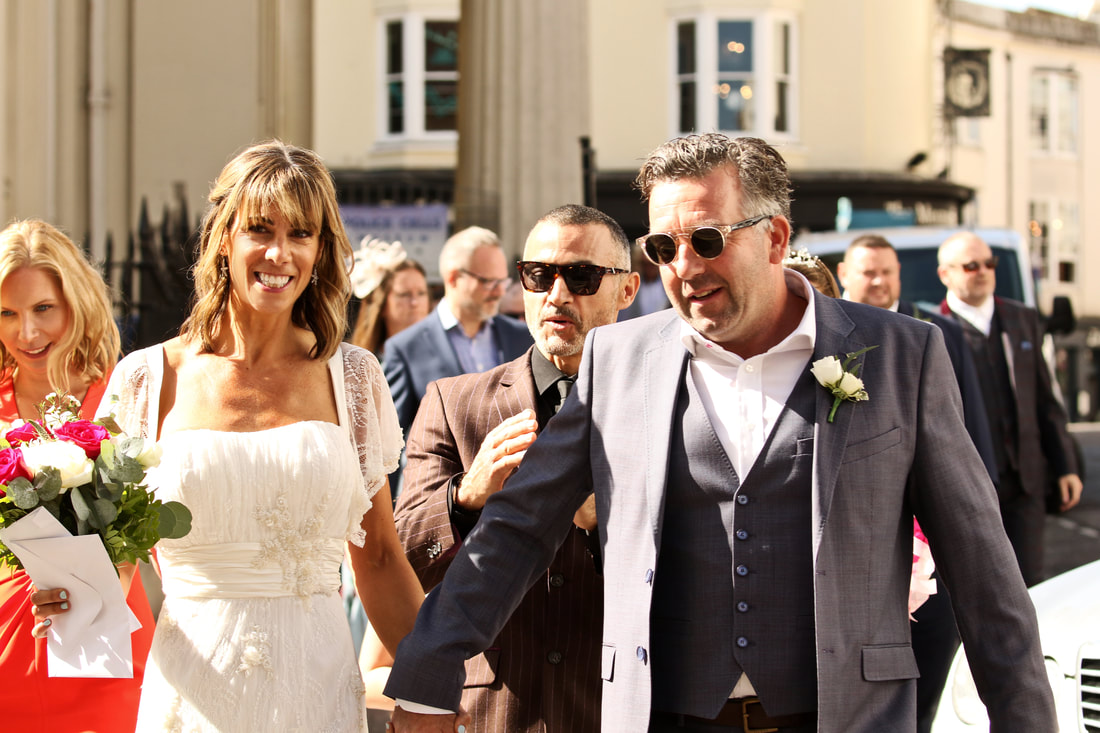 Although it was the middle of September, the seafront was buzzing, the mercury was rising and the drinks were flowing. For the group shots, due to the fact that the beach area was packed with sun-seeking tourists, and locals for that matter, I had to use the esplanade. With the sea and the iconic pier in the background, ensured that the flavour of Brighton was very much present in the photos. 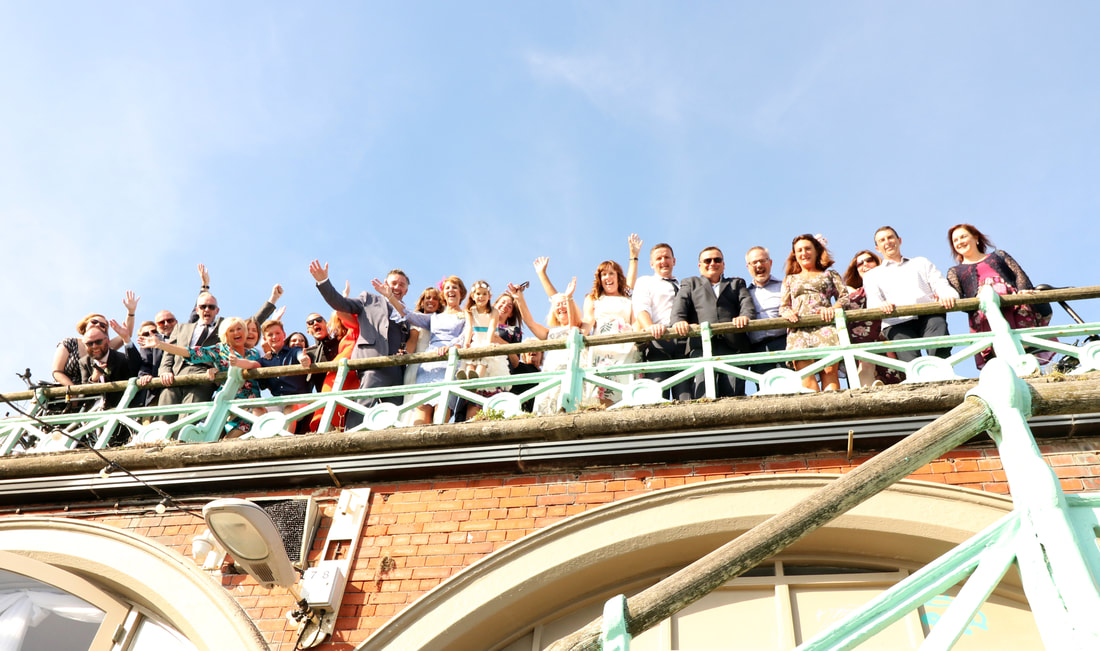 With every wedding I do, I always will take the couple away from the rest of the group for a short period for two reasons. One, it allows them to take in the vows they have just made to each other, and secondly to take some beautiful images of the two of them interacting with each other. Having already researched potential locations for these photos, I was able to use the stone breakwater with the Palace pier behind them and the remaining structure of the old pier to gain some stunning shots as well as a Victorian Merry go round. 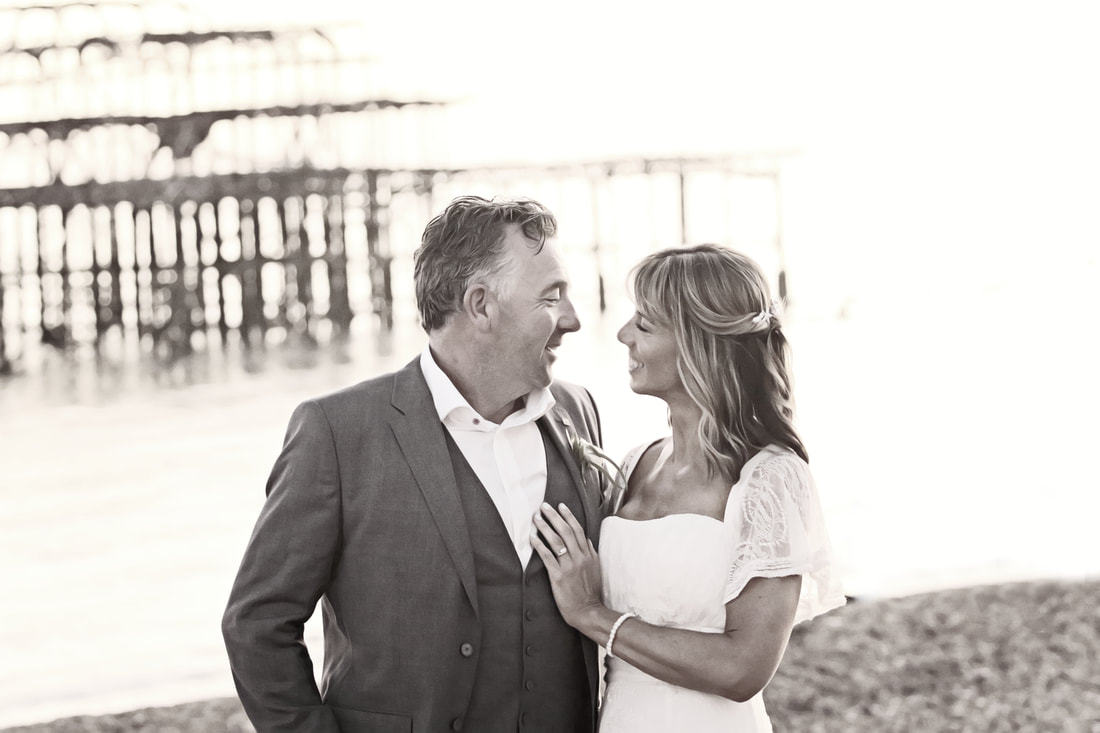 The reception was held upstairs at the Brighton Music Hall, right on the Brighton seafront. A very long room with tables all along the window which on the day was letting in the very hot rays of the glaring sun. The speeches are always fun and quite often it is the reaction of the people to the speeches which bring out the best photos. Rarely does the bride deliver a speech, so when Erica rose up to share her thoughts, it was refreshing to capture the laughter that was resonating throughout the room, though it was the best man's speech that perhaps got the best photographic reactions and caused several blushes. I love the fact that I get to hear all the speeches and I can assure you, there are many different levels of appropriateness.

As we were right on the seafront, just after the speeches, it was clear that there was going to be a spectacular sunset over the old pier, so we managed to get over the pebbled beach to ensure that the photos could be taken. As a photographer you always have to be ready for unexpected delights such as this because it is those unplanned moments that really can make the photos extra special.